Commonly known either as the orchestra harp, the concert harp or the grand harp, the pedal harp is the most sophisticated type of harp known today, and has been so for nearly 200 years.

With Érard's new pedal mechanism harpists can do more. With a single pedal movement they can raise or lower every individual note by a semitone. Since then they can get three different notes on each string and allow the harp to play every key.

After it was further improved over the years, the new pedal harp was officially launched in 1811 to great critical success.

The new pedal harp made its official entry in the Conservatoire de Paris in 1845.

The wide range of the pedal harp combined with its deeper sound are some factors that distinguishes first of any other type of harp; but the most important difference lies in how to get alterations and key changes.

The celtic harp has levers that are manually activated whereas in the grand harp accidentals are achieved by using your feet to activate the pedals.

The grand harp has seven pedals to modify the pitch of the seven notes of the scale on all octaves simultaneously; which allows for three sounds on every strings: flat, natural and sharp. From left to right the pedals are linked to the notes D, C, B, E, F, G and A

The neck is the upper part of the harp which connects the column to the body of the harp. The main mechanism of the grand harp is part of the neck. The forked mechanism is connected to the pedals by steel push-rods inside the column itself. When a pedal is pressed, every disk associated with the pedal, rotates to modify the vibrant length of the string and therefore the sound of it.

The base and soundboard 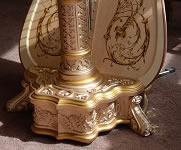 The neck and mechanism 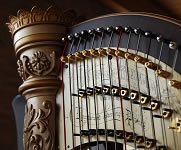 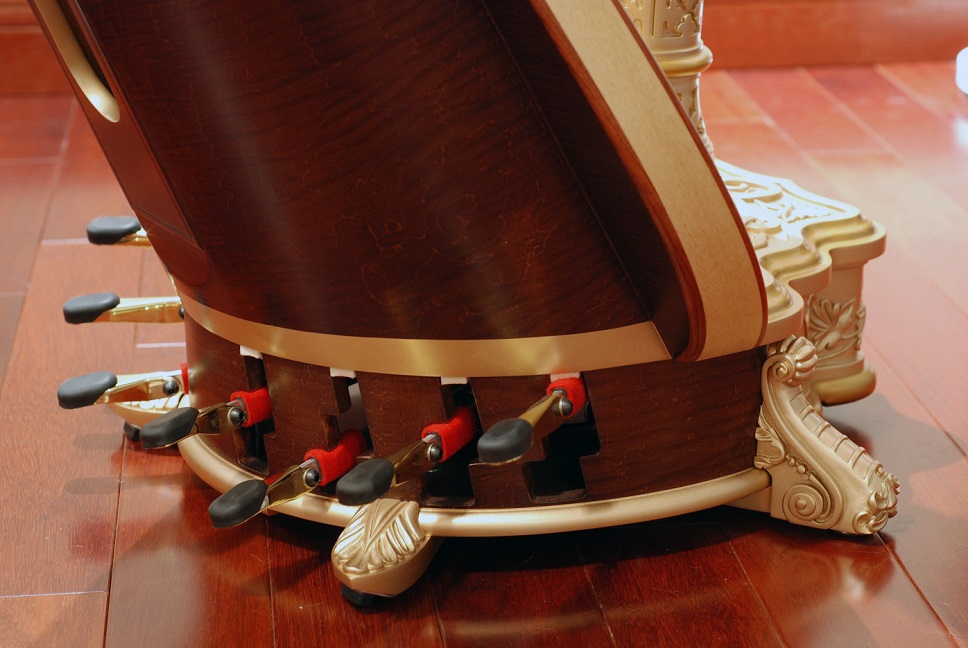 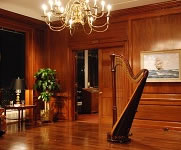 A complex and intriguing musical instrument